“Futuro e Progresso Associazione di social promociones”, represented by Italian Nicola Kopij Zanin, has decided to make it easier for young people from six European countries to participate in the project “Do not Be Afraid of the Stranger” on emigrants and immigrants from Europe, a problem, of course, of very high relevance. Marius Ionescu, the Romanian Educational Federation, also wanted to give our young people the opportunity to better understand the situation of European emigrants and immigrants through direct interaction with young people from five other European countries: Italy, Poland, Turkey, Greece, Cyprus. The Romanian Delegation was headed by Professor Eugenia-Liliana Stefanescu from the “Constantin Brăiloiu” High School of Arts in Târgu-Jiu, who accompanied three Craiovean students: Daiana Andreea Purcel, Ştefania-Loredana Prunoiu, Cristi Popa and a student from Târgovişte, emigrant Catalin-Gabriel Manea. The project took place in the northern part of Italy, Padova, between 8 and 15 January 2019 and is considered to be one of the most important non-formal development programs through direct and interactive youth of the European Union into social life. The project consisted of diverse activities, aiming to find new opportunities to offer European migrants and emigrants a new, less stressful life by integrating them and respecting human rights. A new life, to which we must be tolerant, to eliminate discrimination and to respect, on both sides, the laws of the countries where emigrants choose to become citizens. We have also been pursuing: promoting interculturality and religious dialogue, stimulating critical analysis and entrepreneurship among young people, and also transferring the fundamental values of humanity. The young participants also made interesting exchanges of experiences: about student life and their future projects, about the culture of each country. Emphasis was placed on originality and creativity in all activities that consisted of meeting research requirements, debating in mixed teams and finding new solutions to help emigrants. “Of course, Romania, which has just celebrated only 100 years since the 1918 Great Union, given the current economic, political, social and cultural circumstances, are not at the level of developed countries such as Italy, Spain, the United Kingdom, etc., where it is found a considerable percentage of Romanians or other nationalities. Therefore, no matter how much we would like to help emigrants, they do not currently find in Romania opportunities to satisfy their wishes for living standards. Statistics show that about 25% of Romanians emigrated to other countries, and as immigrants to Romania, we find more students from the Republic of Moldova, for whom the Romanian state provides free accommodation. Romania has attracted foreign investors in the basic branches of the economy, eager to take up the European free market, but who have remained citizens of their countries of origin. 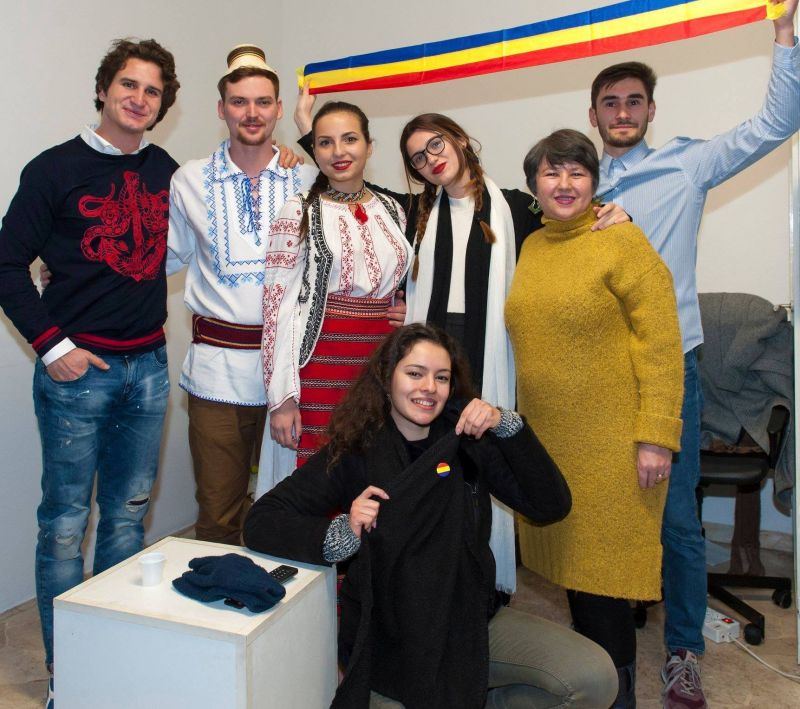 Still small wages, unrelated to prices in the European Union, are another reason why migrants do not choose Romania. Not to mention corruption, for which everything seems to be destroyed in the eyes of the Romanian people. Even the Romanian legislation can not offer too many facilities to emigrants at present, another reason that stops migration in Romania … The way in which the problem at the European level is regarding the granting of rights by the law of emigrants for a better life and a higher level livelihoods, demonstrates the concerns of the developed European countries for this social segment and concern for people, tolerance, elimination of discrimination, integration of immigrants into the European space and providing a perspective for improving the living standards of emigrants. In conclusion, given that Romanian territory is on the map of the world in its current configuration, for only 100 years, Romanians still need time to develop, to learn how to organize and manage their resources. With its development, Romanian territory will be able to offer such opportunities to emigrants in the future. So we have to solve the internal problems of eliminating corruption and developing the economy, which can only be achieved through proper education! Only through an educational system that promotes the basic values of humanity (dignity, verticality, responsibility, interest, involvement for the Romanian people and not for our own desires of ascension!) We can aspire to real national progress! We thank this way to all the countries that have provided a stable home to Romanian emigrants and we want the Romanian state to find ways to improve the economic situation in Romania, to apply them as soon as possible and the resources necessary for the implementation of these projects that will not only align prices with those in the European Union, but also the wages of Romanians, which will, implicitly, lead to higher living standards and bring smile and joy back home to Romanians. Until then, the Romanians, renowned as hospitable people, will be able to host all nationalities desirous of visiting the Romanian mioritic landscapes in all their splendor! “Said Eugenia Liliana Stefanescu. “Thanks for the opportunity to participate in this project, Marius Ionescu, congratulations on the initiative, organization and way of deployment to Nicola Kopij Zanin, thanks to Italy for hosting! Greetings to all teams and project coordinators from the six countries: Gabriella Pozzessere and Antonella Campobasso, Italy; Magdalena Antoniewcz, Poland; Ebru Oziş, Turkey; Andreas Rodrigues Charalambous, Cyprus; Nikos Pagkalos, Greece! We have spent with all of you, awesome, unforgettable moments! “, Concluded the Gorian coordinator of the European project,” Do not be afraid of the stranger. “

You may have missed

Dance, Hope and Beyond between Youth

In the end, We are all HUMAN – Çanakkale, TURKEY

2 years ago Cioaba Ionel
We use cookies to ensure that we give you the best experience on our website. If you continue to use this site we will assume that you are happy with it.Ok