CED, one of thousands backing the Football People movement Inspired by an international movement of more than 100,000 people, will be joining the #FareFootball People action weeks on 12.10.2017 ( 13.00hrs ) at Tearce Stadium when it held a Football Tournament for bringing children from many schools to play together on the final event which will be held in Tearce and to promote anti-discrimination values.

The Football People action weeks are a football-focused social campaign organized by the Fare network in October aimed at tackling all barriers that exclude people and communities. Between 5 and 19 October, professional clubs and players, the grassroots and amateur side of the game and thousands of others on social media will celebrate the power of football to unite people and celebrate the difference. Fare network Executive Director Piara Powar said: “The Football People weeks is an important period for European football as it brings together all of those who watch, play or run the sport and supports inclusion and diversity across its structures while challenging intolerance and discrimination. “This is a big and growing movement, our target is to reach 100,000 people directly taking in activities.

We encourage grassroots organizations to join the campaign and get involved with their own activities. “CED is part of this movement and we are happy to rely on them to celebrate it with us.” In 2016, more than 2,000 activities were organized in Europe. Over 100,000 people directly involved. Metin Muaremi from CED said: “We are privileged to be part of this campaign which brings all kids from different nationalities together. This is good example for all institutions how they should function”. CED and Fare encourage all groups engaged in combating discrimination to join Football People weeks.
” No to discrimination – Yes to equality” 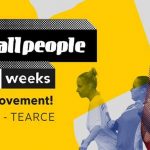 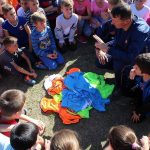 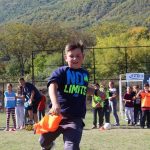 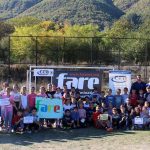 You may have missed

Dance, Hope and Beyond between Youth

In the end, We are all HUMAN – Çanakkale, TURKEY

3 years ago Cioaba Ionel
We use cookies to ensure that we give you the best experience on our website. If you continue to use this site we will assume that you are happy with it.Ok